What a Big Day!

This is going to be long..........We woke up late to a cold and windy day. Arrived at the clinic 15 minutes late. Oh-well, I think they have come to expect that of us! Briley's counts came back good, although her ANC dropped to 890. Since it was over 750, she was good to start with Maintenance! She was then randomized by a computer to determine which of 3 treatment arms she would go down. I wanted a certain arm, and was ok with another, but I would have refused one of them. Prayers were answer when Briley was randomized to the treatment plan that we wanted! Awesome news! At that moment, it seemed a lot of weight was lifted off my shoulders! Standard protocol for maintenance is IV chemo and steroids once every month. The clinical trail that she is in now, she will be getting IV chemo and steroids once every 3 months! It will be much less chemo than the standard protocol. The arm that she is going down is standard protocol in Germany with the same success rates as the current standard protocol in the U.S. We are happy to be part of this research and are happy to support Curesearch that funds this type of research.
After all of the excitement, Briley went down for her LP with chemo at the SPA. While we were waiting, Bro. Terry and Mandy came in for visit. They have formed the HopeWell Foundation that will benefit kids with life-threating illnesses. Briley will be their first wish recipient and we are planning a trip to Disney World sometime late winter or spring. We are very excited and honored that they have chosen Briley to take part of this! I will update more on the trip as the details are worked out.
Wouldn't you know it, Briley has visitors and she was delayed in the SPA. Never fails. She was back there waiting for an hour longer than usual. I felt bad for Terry and Mandy having to wait, but I kinda enjoyed having someone to talk to while we were waiting. Alicia finally came out with Briley and Mandy gifted her with some Texas Rangers gear. She got a pink hat, pink jersey, pink glove, pink ball..........I guess everyone knows what her favorite color is!!! The LP went well, and then off to clinic for chemo. Terry and Mandy came with us to clinic. Alicia's sister and nephew, Jessica & Maddox, also stopped by on her way through to Munday. Briley and Mandy played catch for a little bit, a few pictures, and then they had to leave. We are planning to stop by their office in Ft. Worth during one of the next trips and have a pizza & frito pie party! It would be nice to visit with them at some place other than the hospital/clinic. We always enjoy having company.
Briley ate a little bit and then got the Vincristine chemo through her port. It didn't take long to run, and then it was time to go. Alicia and Briley rode with Jessica on the way home up until Jacksboro. We had family pictures done last week and we were schedule to go in yesterday after noon to pick out the ones we like. So Alicia jumped in with me and we took off towards Wichita and Briley continued on to Seymour with Jess and Maddox.
We used Julie Gilmore of Creative Portraits in Iowa Park for our wedding pictures and Briley's first year pictures. She is great! She learned of Briley's leukemia and wanted to take pictures for us. She did a great job and we have some great pictures picked out! We really appreciate everything she has done for us. It really means more to us than I can describe! I will try to post some on here once we get the disk.
Finally, we were headed home with the Ranger game blaring on the radio. We got home around 8:30 last night. Mom-in-law, dad-in-law, and sister in-law were here along with Maddox . We watched the Ranger game. I guess I should have turned Briley's hat inside out and made it into a rally hat.........ugh, it's was a good game though.
Yesterday was a great day. We haven't had a day like that in a long long long time. Above all, we thank The Lord for watching over all of us and leading us in the right direction. Prayers continue to be answered for us and we are blessed.
Posted by Alicia-John at 1:24 PM 1 comment:

Briley has her appointment tomorrow at 7:15. Since a lot of rain is forecasted for later tonight and throughout the day tomorrow, we thought that it would be a good idea to travel to Fort Worth tonight and stay at a motel. It sure beats leaving Seymour at 4:30 in the morning and driving in the rain.
We had to leave Bryson behind at Nana's house. It was especially hard leaving him today since it is his birthday. Yup, our little boy is 3 years old today. We'll celebrate his birthday this weekend, but we sure wanted to do a little something for him today. I remember Briley's birthday back in June. She had to come down to the Cooks ER that day because of a fever. This cancer stuff stinks.
Tomorrow is a pretty big day for a few reasons: #1 She will start maintenance! We are thrilled about that! #2 We will find out what clinical trail arm she was randomized to. #3 We are meeting with the good folks that will be granting Briley's wish! #4 Once we get back home tomorrow, we will have to go to Iowa Park and pick out the family pictures that we want! We appreciate Julie Gilmore for taking the pictures.
I will post tomorrow once we are done with everything and give y'all an update. Thanks!
Posted by Alicia-John at 11:12 PM No comments:

I thought that I would drop a quick note on Briley's status. She is doing very well! Everything seems almost normal. She is very active, playing (and fighting) with little brother! We are slowly getting her out and about a little more and more. Cold & flu season are upon us and has us a little worried. But we will take it in stride and are thankful she will be in maintenance throughout the winter season. Her hair is coming back nicely, but slower than I would like. I guess that I just don't have the patience especially when a couple of kids have told her that she looks like a boy. It really breaks my heart for her because I know it bothers her, but it will make her stronger in the end.
We have been in contact with a couple of other cancer kid's parents in the Wichita Falls area and we will be planning a Curesearch Walk in Wichita! This is an exciting way that we can raise funds for the poorly underfunded pediatric cancer research. There are some new and exciting treatments for pediatric cancer out there that needs funding to become reality. Imagine beating cancer without chemo! It's out there just waiting to happen! I'm sure in the coming months you will hear more of this walk and we are honored to help get it going.
I guess that's all for now. Her next appointment is on the 27th of this month. Thanks.
Posted by Alicia-John at 12:43 PM 2 comments:

Briley went in yesterday for a 10:30am appointment at the clinic for her last chemo treatment for Interim Maintenance II!! Her count check came back a little surprising, ANC 1900!!! We'll take it!! It's amazing to watch her mature through out this process. She no longer cries having blood drawn out of her arm. No more tears when her port is accessed and dc'd! I would have never though that a 4 year old would not be scared of needles! Anyway, she got the vincristine and methotrexate through her port along with zofran. She never got sick and maintained her appetite. She did sleep most of the way home, but after she woke up at the house, she played like she didn't have a chemo treatment that day. It's sad, but I think her body is getting accustomed to the chemo.
While Alicia and Briley were waiting for the chemo, Bryson and I slipped over to the hospital to visit Tucker. Tucker is a 14month boy from Seymour who was flown to Cooks a couple of weeks ago. He was been in the PICU undergoing dialysis. Tucker and Bryson played catch for a little bit, but he was hurting so we stayed just for a short time. He was about to get some pain meds and hopefully get a little rest. Please keep little Tucker in your prayers. He has had a rough past couple of weeks and we are praying that his kidneys will kick in and start working again.
Back at the clinic, we had a good long visit and a few questions for the doctor regarding the research study. The doctor reassured us and made us feel comfortable with our choice. So we signed the consent form. I now feel like we made the right decision. We won't know until the next appointment which arm Briley was randomized to.
She will begin Maintenance on the 27th of this month. She will go in for yet another spinal tap with chemo injection that morning and I really don't know what else will be done until we find out what treatment arm she is under. We will leave it up to God to take her down the path she is meant to go on. Only He knows best!
Posted by Alicia-John at 11:26 AM No comments: 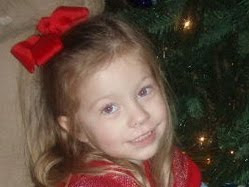 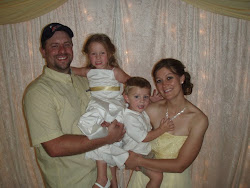 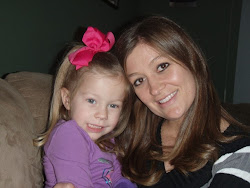